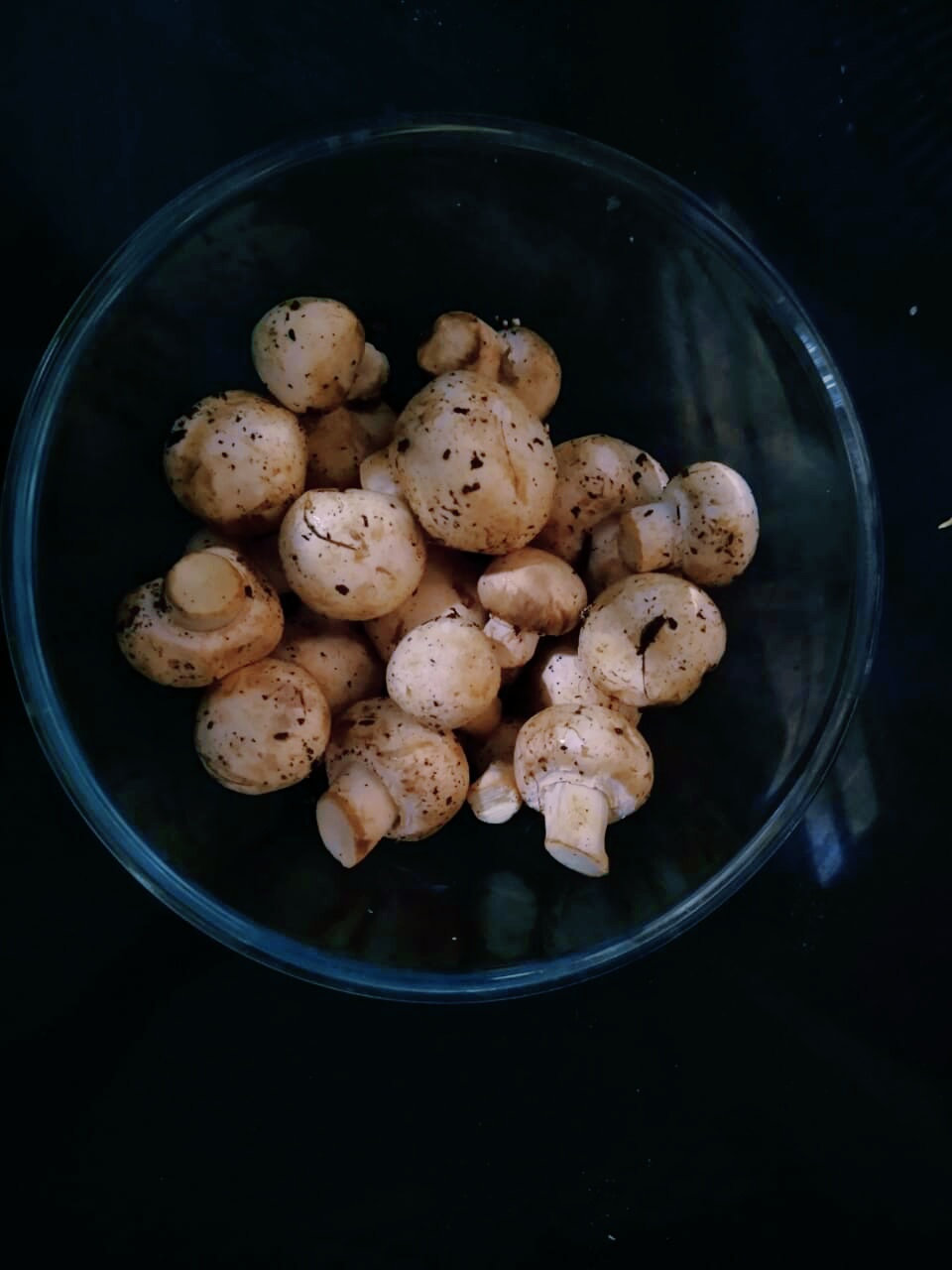 The Power of Mushrooms

From the most elegant of risottos to the greasiest of breakfasts, the many dimensions of the mushroom are already appreciated throughout the culinary world twenty-four hours a day. However, when it comes to recognizing the true depth and variety of their health benefits, a high percentage of consumers would be forgiven for not memorizing them all.

Showcasing DNA that is much more human than a plant, they sit on the tree of life directly between plants and animals. Although they are still incorrectly accepted as part of the white vegetable family, mushrooms spearhead the fungi species class of life, alongside the occasionally less edible yeast and mold. There are many types of mushrooms available nowadays.

Despite their fellow fungi friends getting some pretty bad press, some studies have shown that mushrooms comfortably leave them behind when it comes to saving human lives.

Research has concluded that they are capable of assisting in the prevention and treatment of some of the world’s biggest contemporary medical adversaries, including Cancer, Cardio-Vascular issues and Diabetes, to name only a few.

A competent level of research has been performed on mice, attempting to discover whether there is a correlation between mushroom consumption and the levels of probiotics working successfully in the gut. Margherita Cantorna is a distinguished professor of Agricultural Sciences at the Pennsylvania State University, and her study concluded that ‘there were big differences in the kinds of metabolites we found in the gastrointestinal tract, as well as in the liver and serum, of the animals fed mushrooms that had microbiota than the ones that didn’t.’

Levels of relevant mushroom research are blossoming and evolving every day but still remain quite primitive, it would be wise to hold back complete sweeping conclusions. But there is early evidence (in mice) the mushrooms are to thank for encouraging and emphasising probiotics in their gut, discouraging glucose interpretation (more to come on that later).

We will begin with the more obvious nutrition labels, sinking further into the impressive as we explore the true power of the mushroom. Shiitake, portobello, oyster, chestnut or white button; they come in all shapes, flavours and sizes, but their nutritional profiles remain noticeably consistent throughout, therefore the following information can be applied to all edible mushrooms (disclaimer: do make sure you understand the edibility of a mushroom before trying).

All dietary quantities and measurements are based on 90g (one cup full, chopped) of white button mushrooms – a typical, individual portion size.

To successfully digest enough calories to please the doctors that suggest 2,400 is suitable, the average human would have to consume 114 cups full (or 7980g) of mushrooms. That is quite plainly a lot of fungus. Calorie-counting is the modern day buzzword for monitoring your diet, eat less calories than you should and your bodies metabolism will be allowed to overrun the previously stored calories in your body.

It would be crudely poor advice to suggest eating nothing but 2660g of mushrooms a day (or 800 calories) but as one of the many examples of high density calories, just a few cups full would go a long way to assisting your body against the dangers of obesity, and the many biological consequences that come with it.

Although not noted specifically for their protein levels mushrooms are recommended highly by participants of plant-based diets. Protein is pivotal in the growing process of your body, providing nutritional inspiration and restoration to all your muscles.

It’s low carbohydrate and average fibre levels are much more symbolic than is immediately clear. The type of carbohydrates that mushrooms are rife with – and the primary bioactive compound within them – are called polysaccharides. The polysaccharide fibres found in the cell walls of all fungi are chitin and beta-glucans, and research has shown (in mice at least) that they both delay the absorption of sugar in the gut, replacing glycogens in the digestion process (glycogens are also polysaccharides and exactly the same shape as beta-glucans and chitins).

The power to control the pace at which your body absorbs sugar is a trait that would be deemed priceless by diabetics. It truly does seem that the power to do this lies with the correct facilitation of the correct polysaccharides. Research into these bioactive compounds is as vast as mushroom research seems to get and until recently polysaccharide levels and types were used to scale and define types of fungi.

Of course, much more human research is needed to confirm the evidence that has been collected experimenting on animals, but the signs look potentially life changing when considering the effect this research could have when attempting to control and prevent diabetes.

One of the most impressive statistics, and the first mineral on our nutrition list, potassium is one of the most important minerals in the body. It is a natural electrolyte, determining the correct levels of water inside our cells which is critical when considering blood pressure, heart rhythm and hydration levels. If any of these three symptoms are not taken care of potential cardiovascular issues or diseases are somewhat inevitable. These are issues that should be appreciated as they’re internationally recognised to be responsible for a third of all deaths.

As unusual as it seems, potassium rich fungi improves conduction of electrical impulses throughout the body, regulating muscle contractions and nerve impulses. Internal communication between neurons and nerves are obviously pivotal when critiquing the success of an individual’s health, the quicker the brain and nerves can react, the quicker every single process and reaction in the whole human body.

B vitamins are a group of eight unique water-soluble vitamins that are linked with a whole range of health benefits. The two types found most prevalently in mushrooms are vitamin B2 Riboflavin and vitamin B3 Niacin. Both are renowned for maintaining the internal health of your eyes, skin and nervous system, but they are also important when attempting to attain the healthiest possible brain and stomach.

As we age, the brain falls victim to general upkeep issues, bringing on potential decreased mental functionality and dementia. Mushrooms have been linked to the protection of brain functionality, perhaps richer in vitamin B than the richest of vegetables. Diabetics celebrate again because their blood sugar wisdom shines again, metformin is a common prescription drug used to mitigate blood sugar levels, and riboflavin assists its success by mitigating alongside it.

The range of their reach within the human body when acknowledging what they protect and enrich is the only detriment to their importance in our diets. 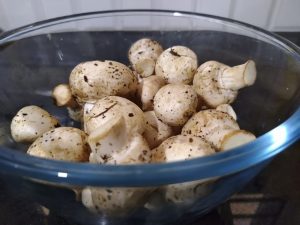 Another type of vitamin B, B9 to be exact, is an essential material in the manufacturing of both red and white blood cells. Red blood cells are self-explanatory, transporting oxygen around the body through arteries, veins, and capillaries. White blood cells are much more complicated, derived firstly from multipotent cells in the bone marrow known as hematopoietic stem cells they are the cells of the immune system, involved in protecting the body against foreign invaders and infectious diseases.

Recognized more specifically by most mothers, folic acid (the man-made version of folate) is a supplement taken during pregnancy, proven to both boost fetal health and reduce the risk of central neural tube defects such as spina bifida. Knowing that that usually innocent homemade mushroom soup is capable of inspiring our inner biology in a variety of ways puts real power in our mushroom digesting hands.

Copper is the second mineral on our list of mushroom miracles, and one that our body depends on to survive. It is found in every single piece of body tissue, playing an important role – yet again – in the creation of red and white blood cells. It also assists with the transformation of digested foods into energy, brain development, the success of the immune system and is deemed very important in the process of the growth of the body from a very young age – helping the body to form collagen (the most abundant protein in the human body).

With the levels of zinc that stagnate within our chosen fungus sitting patiently around ‘standard’, it is still impressive that a food source contains such a worthy amount of the metal mineral. Many of its properties are similar to those of copper, but it is appreciated differently for its numerous building abilities, manufacturing an array of important materials like DNA and enzymes. Zinc also has the power to heal wounds, transforming mushrooms into something more suitable in a superhero movie than a supermarket vegetable aisle.

Another essential mineral (minerals usually only come in the essential form) mushrooms are particularly high in, and this time a nonmetal material is Selenium. It is a specifically potent antioxidant and has a lot of power over the thyroid gland, a gland located in the brain that is responsible for the production of hormones that regulate an individual’s metabolism.

Selenium is an antioxidant worth remembering as it has a hand in preventing both potential cardiovascular and cognitive decline. Not enough of this nonmetal element could result in an array of illnesses, including cancer, heart disease and even dementia. 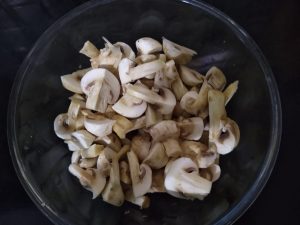 Probably the most recognized vitamin of the vitamin spectrum due to its prevalence in citrus fruit, but it is also pretty prevalent in the stem and toadstool world. A 2016 study suggested that people with vitamin C deficiency were more likely to experience heart disease. It may only be a case of prevention as the evidence is somewhat debated, as there were no findings to prove that vitamin C supplements failed to reduce the risks of cardiovascular disease.

It is also one of the most respected antioxidants alongside selenium, reducing the risk of chronic disease, whilst simultaneously maintaining the upkeep of our bones and cartilage.

Calorie Calculator- How to calculate your Calories  Intake daily

The similarities between humans and fungi don’t end at their DNA as similar to humans and other animals as also, throughout their lifetime they convert sunlight into vitamin D. This makes them true masters of the nutrient, allowing us to absorb their well-made vitamin during our otherwise ordinary shiitake mushroom pasta. A worthy influx of vitamin D allows humans to fulfill internal amounts of calcium, phosphate in our body, maintaining healthy muscles, bones and teeth.

The list of nutrients, antioxidants, and vitamins within the mushroom continues and keeps growing as further research is conducted. What we do know about it seems to be only miraculous, and it’s key that our scientists begin to master it just as much as our culinary experts have.

There is barely a section of the human biological sphere that is untouched by the health benefits of the fungi spearhead. If it is possible to doubt the success of mushrooms, we should acknowledge and absorb the evolutionary power the power of Armillaria ostoyae, known more poetically as the Humongous Fungus, living in the Malheur National Forest and covering 2385 acres (almost 4 square miles) in Oregon it is the biggest living organism in the world.